This post is a sign that I’m getting really really old or really, really bored (or both). I was brought up in the world’s smallest village (or one of them). I found below text about the village (translated by Google translate) on the site: www.skanes-nordvastpassage.se/forestad/  text written by Lennart Svensson. 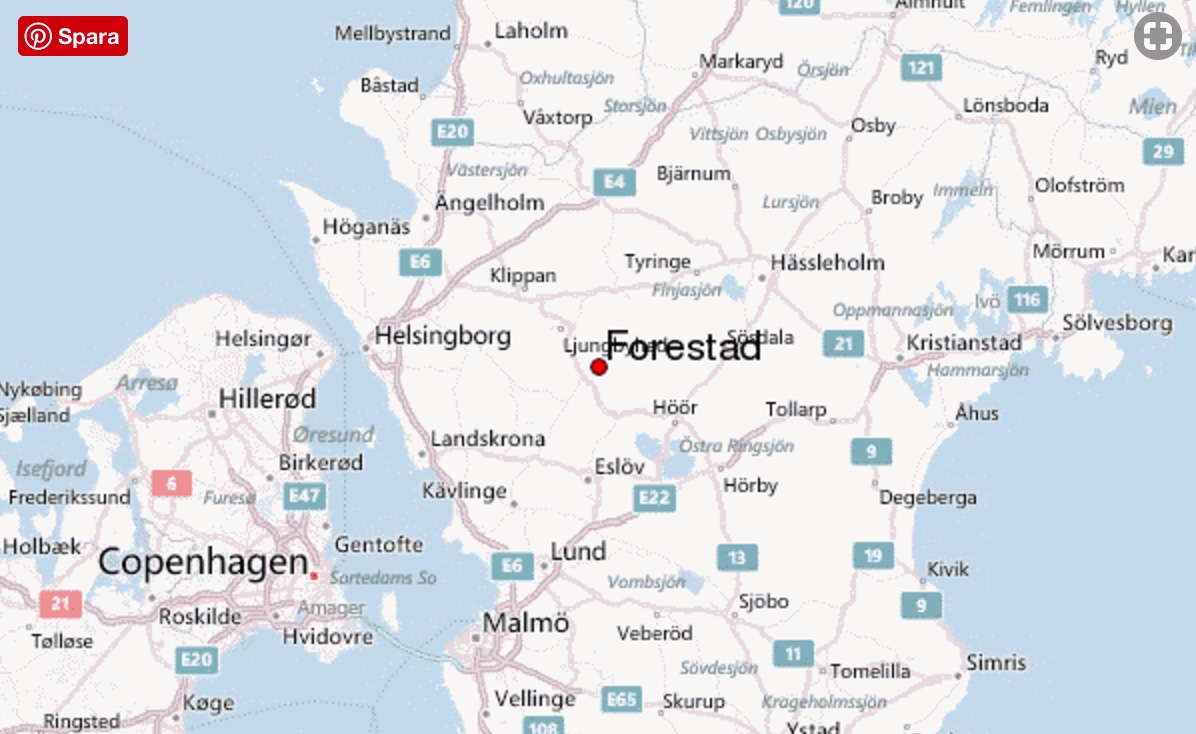 “Forestad, like its neighboring towns, can count its history far back in time. As “late” as in the mid-eighteenth century, the village consisted of five farms, some other settlements and the nearby farms Ljung and Damsgården. As usual, some of the farms were related to the then military system.

Today, a majority of the older farms are left, low wooden lengths and wood and gray stones. On the farm Norrlycke there is a backyard cabin from the 18th century. On the road to Perstorp you will find on the right side just after the bridge a remarkably cool landscape, once a format of the ice sheet.

The number of residents in the village with its close vicinity is today fifty people. The city center is located along the old city road in Västra Forestad.

Forestad had its own community service until the mid 20th century. There were, for example, school, specialty shop, bakery, telephone exchange, forge, mill and machine station (my grandfather’s and later dad’s. author’s note). The contacts with neighbouring village Röstånga, were significant at that time. There were mail, bank, railway station, guest farm, system company etc. Forestad’s mailing address was then “Röstånga”.

In the middle of the 20th century there was also a mining break in Forestad. Where the valuable kaolin clan was broken. The clay was transported, after cleaning, to the railroad in Röstånga, for further transportation to customers in Sweden and abroad.

In the history of the village, one a person and an event deserves to be mentioned. First, the distinguished watchman Johan Nyberg. He was born in Hultsjö parish in Jönköping County. In 1821 he lived in Forestad after learning in the profession. Nyberg made various kinds of pocket watches, floor coverings and travel accessories. He was considered one of Sweden’s most skilled watchmakers, and his watches works great even today. Urmakare Nyberg died in 1844. There were also other watchmakers in the areas. The element of military activity should be the reason to establish itself here. Punctuality was and is important for all military activities.

An event, probably a tall tale, is said to have occurred in various sources when Karl Xl was in the fields during his Scanian operations in the late 1600s. The king would have visited Damsgården in Forestad and enamored by a maid, with the result that a daughter named Hedvig was born. Many are said to be descendants of this “king daughter”, many are doubtful.

Ur Forestad’s later story deserves a special house to be mentioned. The house, a red long with white windows and white door, is on the right side of the road between Röstånga and Färingtofta, about 300 meters after the bridge over Rönne Å. In 2008, the house, built around 1860, was donated to Riseberga – Färingtofta Hometown Association of the heirs to the well-known family and rural researcher Nils Poleman. His extensive genealogy material followed the house and is available there. The house is called the Poleman house. About the age of the house, underneath the outer cover, the old shifts with firewood and underneath the latter roof the old thatched roof.

Voluntary efforts have been made to put the house and its garden in place. Already now, the house has become a focal point for the people of the countryside and others and through further efforts, the goal is to fill this function in an even more effective way.

Dialect and city archives: Fords were important for community life. Over such a large watercourse as Rönneå constituted Forested a very important transition. The spellning Faarellstad from 1537 must not let someone believe that it is a fish name that is included (trout= forell). It is certainly a word that means “ford”, as the same word in English. The oldest form of the name is in the name of a bridge, Fordestad, from 1503.”